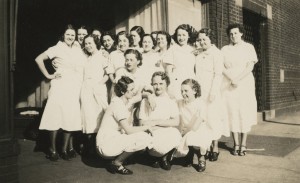 Thelma Evey, front and center, with a bevy of beauties behind her.

At my day job, I am a librarian and archivist who is lucky enough to handle my library’s photo collection.  It has been a great experience for me, and I’ve learned so much about photographs over the years.  I’ve always loved photos, and have picked up quite a personal collection.  Once you start collecting photos, though, you have to quickly narrow your focus, since there are so many abandoned images of other people’s lives floating around out there.  I have two main types of photos that I collect – pretty ladies, and people having fun.  Obviously, then, my favorite types of photos are pretty ladies having fun!  You can imagine my pleasure when I was at a sale the other weekend and found an entire album containing roughly 100 photos from the 1930s and 40s – many of them of young, pretty ladies having fun!  I love their hair, my goodness.  And it makes sense this group of girls has excellent hair because they’re posed outside of a beauty school – they are all students, including the woman in the front center of this photo.  Her name was Thelma Evey, and I brought all of her photos home. 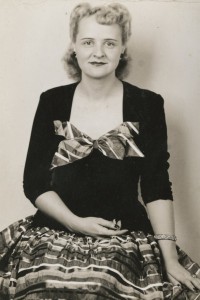 A later photograph of Thelma Evey. What a looker!

After beauty school Thelma seems to have had a close relationship with the same group of ladies that appear several times throughout the album.  They may be sisters, or just BFFs – but they had a great time together.  There’s photos of them sunbathing, having porch parties, and standing in the California sun, 1945, with some handsome sailor boys.  Eventually you see Thelma appearing with, we’ll assume, her husband and children.  There are a few photos from the 1950s in the album, and then it’s over and we’re left to wonder what may have happened since then.  However, we know she was pretty, and she sure appears to have had fun! 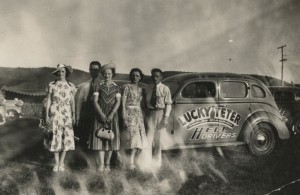 Thelma and friends at the Lucky Teter show, 1938

There was one photo in particular that caught my attention when I was going through the album.  It’s a photo of Thelma and her friends standing in front of a car with the words “Lucky Teter World’s Champion and his Hell Drivers”.  Woah.  Hell Drivers?  Now that sounds pretty cool.

So I dug into solving the mystery of who Lucky Teter might have been, and what the heck is a Hell Driver, exactly?  In this day and age I was able to give it a Google – and I quickly lost a lot of time reading about a fellow who seems to have been a pretty big influence in American car culture – and doesn’t even have his own Wikipedia page!  Here, briefly, is the story of Lucky Teter.  Born Earl Teter in Indiana, he began doing automobile stunts at county fairs in the early 1930s, traveling throughout the United States and even to Cuba with his group of stunt drivers.  Lucky drove both cars and motorcycles, and shocked audiences with his stunts that included intentional crashes, jumps using ramps, jumps over buses, and jumps through fire.  Lucky was very successful and earned quite a bit of money as a touring daredevil. 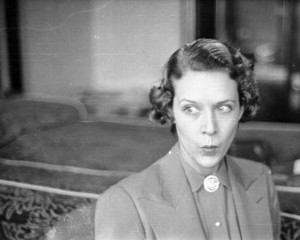 Mrs. Teter listens in as Lucky performs at an event in Georgia, 1938. I’d make that face too! Image courtesy of Georgia State University Library.

He married in 1934, to a woman described by a Wilmington, Delaware newspaper in 1940 as a ‘charming Southern beauty’.  The writeup in the Wilmington paper mentions that “Mrs. Teter won’t see the stunts.  She’s never yet seen the show, for she turns her head before Lucky goes into the dangerous leaps and spins.  She frankly admits she doesn’t want the horror of the memory of the day when Teter’s luck might not hold out.”

Sadly, two years after this was written, Teter’s luck did run out and he lost his life on July 4, 1942 while attempting a world record jump of 150 feet.  He was 41 years old.  Ruth Teter passed away in 1981. (*A commenter let us know that Ruth was his sister, and his wife Edna is still living!)

It was a pleasure to learn about Lucky.  He seems like a very American sort of fellow – he did what he wanted, lived how he pleased, and had a smile on his face while he did it.  I bet Thelma Evey and her buddies really enjoyed the show. 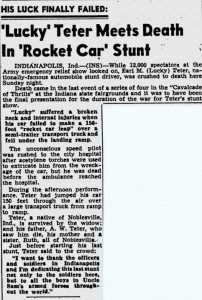 Trial By Torture – Watch Lucky do stunts in a Chrysler promotional video!

Lucky and Ruth Teter on Find A Grave

2 Thoughts on “Abandoned Albums: Lucky Teter and His Hell Drivers” 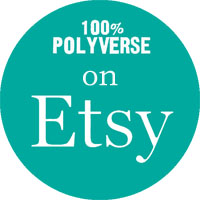